Out of all the people, places and things I have seen, there’s no other place that has so much influence over me than the Dominican Republic.

I really cannot articulate nor explain why I have experienced so many different highs and lows and I still have the desire to go back and visit.

Have you ever heard of the saying “April showers bring May flowers?” It’s quite like that, and coincidentally I find myself traveling there around the same time each year. But the rhyme was originally in a short poem written back in the 1500’s by Thomas Tusser. There‘s some significance behind the words, “April showers bring May flowers” that simulates my experiences in the Dominican Republic.

This phrase is a reminder that even the most unpleasant experiences, (the heavy rains of April,) can bring very pleasurable experiences – such as, bountiful beautiful flowers in the month of May.

Not only am I spiritually connected to the country, but I am also connected to a man that was born and raised in a culture that is totally different than mine. This has been a struggle to not only communicate my needs and desires, but also just pulling away from it all. It’s almost impossible!

I told him I was coming back, he talked me into that. Everything he asked for, I did the opposite.

I picked Villa Alkimiya in Los Corales because I wanted to stay in a tranquil environment that was very close to the beach. The Villa was located on the 2nd floor and it overlooked the tropical trees in a small village.

It was nothing fancy at all like the resort he wanted me to get! The audacity to rain on my parade with your negative comments. “It’s too far, there’s no TV, blah blah blah…

I didn’t want to rent a car, I was within walking distance to anywhere I wanted to go. If I needed something, I knew I could call on another friend. I even thought about riding the bus (guagua), a few places. I was trying something new!

Why Not? Who needs who?

My friend Shanna arranged an all day excursion for me over to Isla Saona. Somewhere I have been wanting to go since I started visiting his country.

Isla Saona is rated one of the top destinations to visit when you’re in the Dominican Republic. Located at the southernmost tip and approximately 15 miles from the fisherman’s village of Bayahibe, Isla Saona is stunning. Apparently I went at the right time, which was on a Tuesday. It wasn’t overcrowded at all. But it was a very long excursion.

The island only populates approximately 300 people and is powered by solar energy. Isla Saona is a government protected nature preserve.

About an hour into the catamaran ride across the Caribbean Sea, I got sea sick because I wasn’t fully prepared. I forgot my sea bands back in the Villa. A lesson learned. Any forthcoming boat rides, I won’t ever forget those again. When I reached the island, these kind and generous people nursed me back to life. I really thought I was gonna die on Isla Saona! Lol

I was given fresh lime juice and some type of vapor rub was put under my nose and on my forehead. After about an hour, I felt I could make it back home.

The tour guide never told us not to touch the starfish, but they were trying to stress how important it is to keep them in the water! Forgive me, I didn’t know.

The very next day was my late husband ‘s birthday and I was glad mi amigo had to trot off to work this day. I decided to go get my hair done at Heaven Salon and experience my first Dominican blowout. Shanna, an expat in the DR, kindly arranged for a motoconcho to pick me up and take me to the salon. You’re not gonna believe that when I walked out of the Villa, at the security gate, there are several men on motoconchos asking if you need a ride into town! As I approached the driver, I asked him, are you Wency, he nods yes! So I hop on the back of this bike and we take off… about a mile into the darn ride, he asks me where I’m going! I’m thinking, don’t you know? I sent Shanna a picture of me and the driver and immediately she knew. I was with the wrong driver!

I wanted to give up after that, but I didn’t. Finally got with the right driver and made it safely to the hair salon. Another lesson learned. 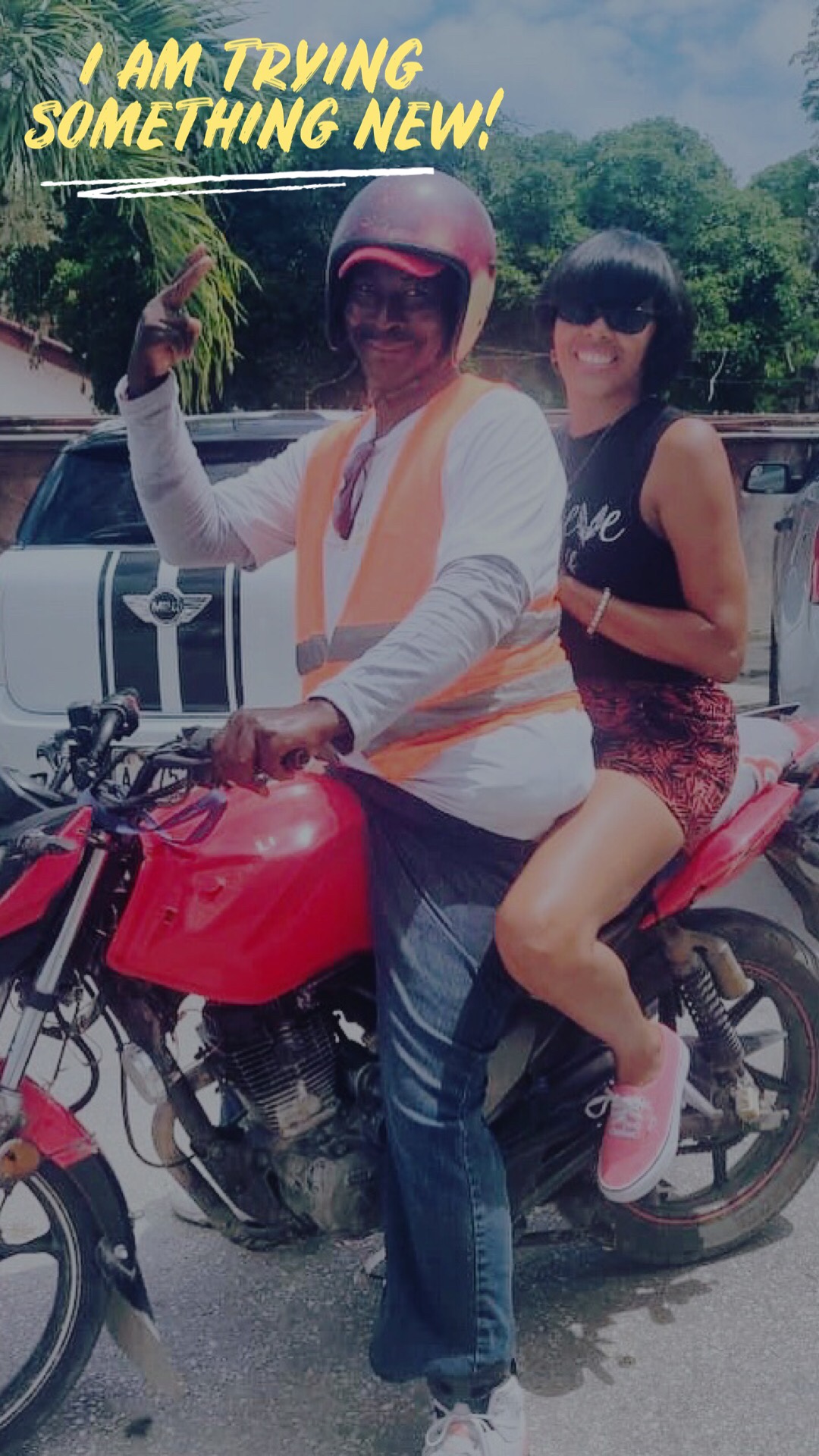 Treated as a VIP at Heaven Salon, I was excited about my day. I was pampered, I was fed, I was free! Thanks Shanna! It’s always fun to hang out with her and to learn new things about the country we both love so much.

Shanna recorded a podcast as we talked about a few things about being in the DR, we also walked around Los Corales and found another jewel which was the Spa. We stopped by Joy Nutritional POP, Shanna had a chocolate popsicle and I had to have my favorite Chinola passion fruit popsicle. There’s so much to explore in this country, four days is not long enough.

I knew that the fun was going to come to an end, but I didn’t know it would come with such fury! Here comes mi amigo, with his narcissist personality disorder. I triggered something when I falsely accused him of being a thief. I saw a side of him, I don’t think I have quite seen before. I tried to wiggle my way out of it, but eventually to get him to shut up, I had to own up to it! Yes, I called you a thief, and a liar and a cheater. Why are you most bothered by the one that is not true? I don’t know if he’s a thief or not. I was told if you lie, then you’ll steal. (Something like that)

We had a big altercation about my accusation, and that argument went on longer than I thought I could handle. This was the April shower I was getting, but it seemed more like a tropical storm!

We made it through the night, and very early the next morning, he apologized and said his cordial goodbyes. He didn’t want to leave, I could see it in his heart. I heard him say, I love you. I don’t want to ever leave when you come. I’m sorry for the fight, but it’s just that I had to work. 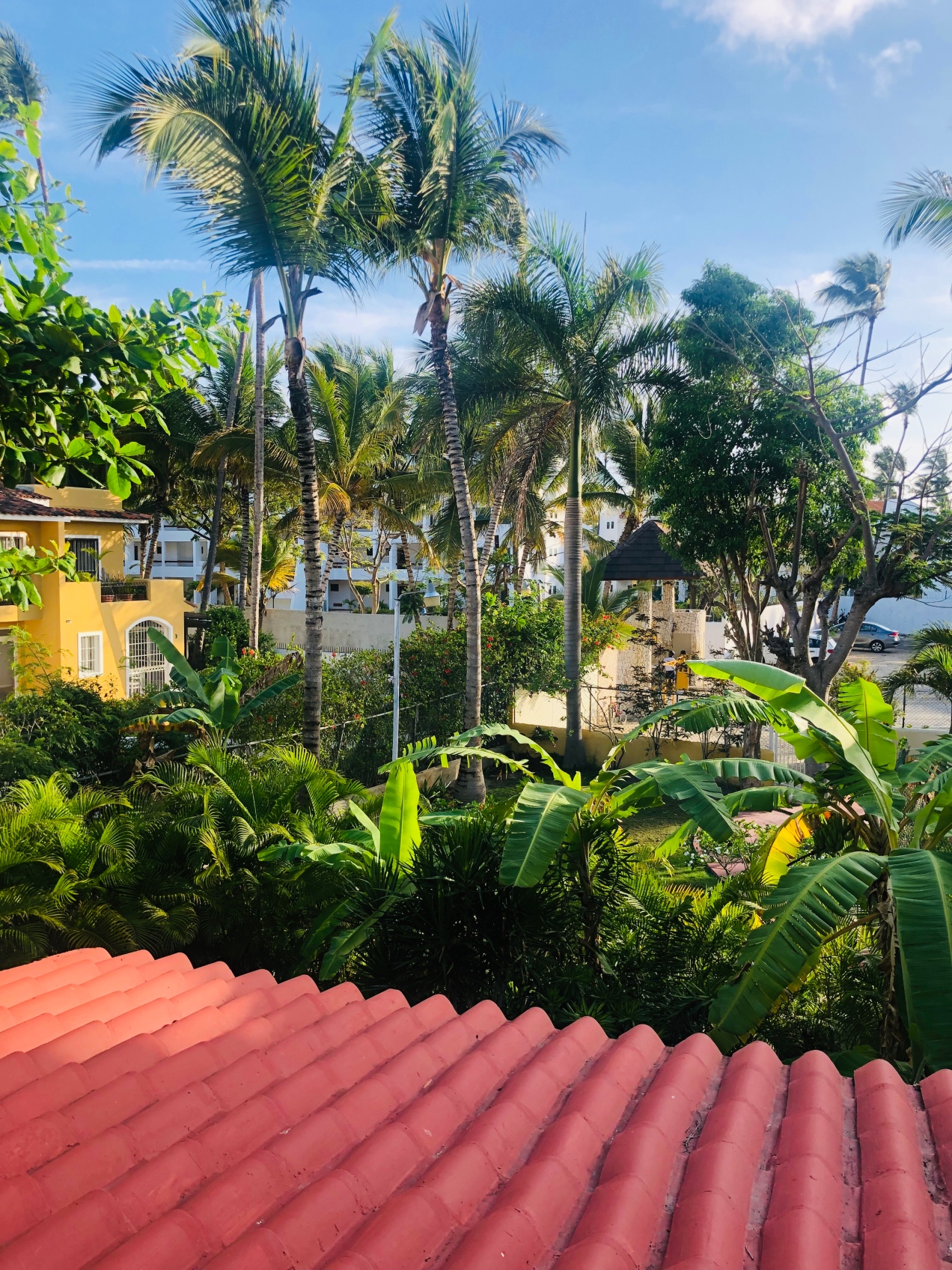 I stood at the window and watched him leave with that dam pink bag! All I could do was laugh! 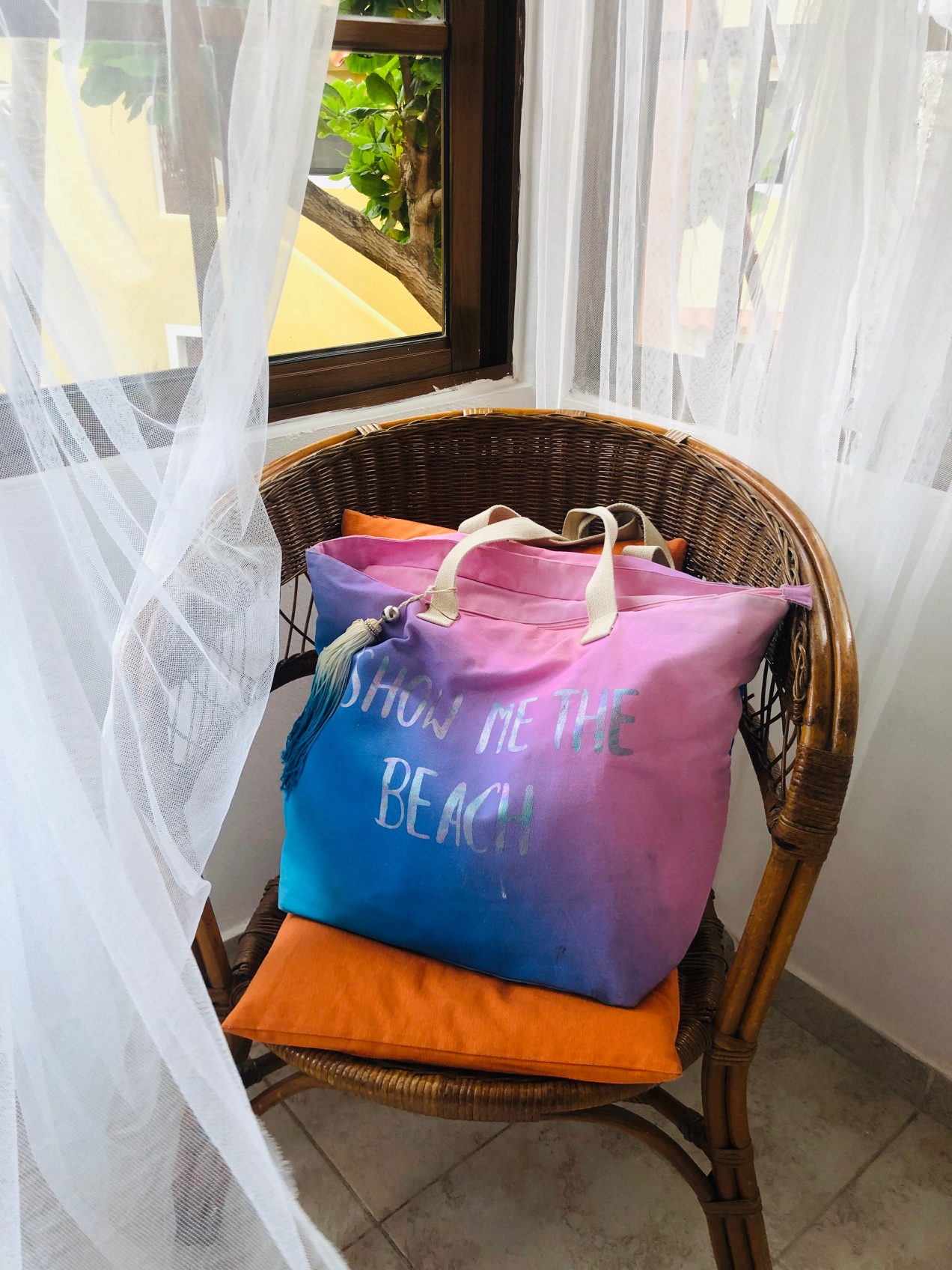 Mi Amigo can cause me so much grief, yet he still brings me so much joy! The more I try to let go, he always tells me, “Yo a Ti!”

Which means, I Am Yours!